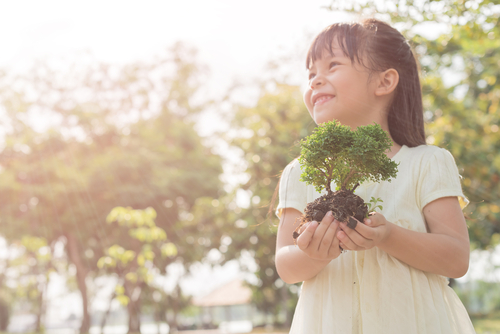 Fifty years ago, people were finally facing the toll pollution was taking on our planet.

They could see the damage in their own communities from one end of this nation to the other. In California, the Santa Barbara oil spill resulted in almost 100,000 barrels of crude oil spilled into the Santa Barbara channel. In Ohio, decades of pollution and an oil slick combined to cause the Cuyahoga River in Cleveland to catch on fire. In New York City, 200 people died in a smog event in 1966 thanks to dangerous levels of sulfur dioxide and carbon monoxide.

Much has changed since then. Government actions like the Clean Air Act and the Clean Water Act, along with industry improvements in everything from gas mileage to energy-efficient appliances have made a big difference.

But we are still facing a threat: climate change. Many of us want to contribute towards fighting that threat, but aren’t sure just how to do that.

You don’t even have to leave your home to make a difference. By using propane in your southwestern Virginia home or business, you’re helping!

Why is propane eco-friendly?

There are reasons that propane is named as an alternative fuel in both the 1990 update to the Clean Air Act and the 1992 National Energy Policy. Here are three of them:

A smaller carbon footprint. Propane combustion produces less than half of the greenhouse gas emissions made by electricity to produce the same amount of energy. It also contains less carbon than other fossil fuels like heating oil, gasoline, diesel, kerosene and ethanol.

Safety. In the rare event of a propane tank leak, propane does not spill, pool or leave a residue but instead dissipates into the air. Propane is nontoxic and does not harm air, water, or soil.

Energy efficiency. A propane tankless water heater can save you up to 50% on energy costs compared with a similar water heater that’s powered by electricity. A propane clothes dryer saves energy by getting laundry dryer 25% faster than electric dryers, and you also get fewer wrinkles so you save energy by having to do less ironing!

Contact us to learn more about our propane delivery and other services in Southwest Virginia, today.